The Cambridge Declaration on Consciousness in Non-Human Animals was publicly proclaimed in Cambridge, UK, on July 7, 2012, at the conclusion of the Conference, at Churchill College, University of Cambridge, by Philip Low, David Edelman and Christof Koch. It was written by Philip Low and edited by Jaak Panksepp, Diana Reiss, David Edelman, Bruno Van Swinderen, Philip Low, and Christof Koch. The Declaration was signed by the conference participants that very evening, in the presence of Stephen Hawking, in the Balfour Room at the Hotel du Vin in Cambridge, UK. The signing ceremony was memorialized by CBS 60 Minutes. Download a copy of the Declaration 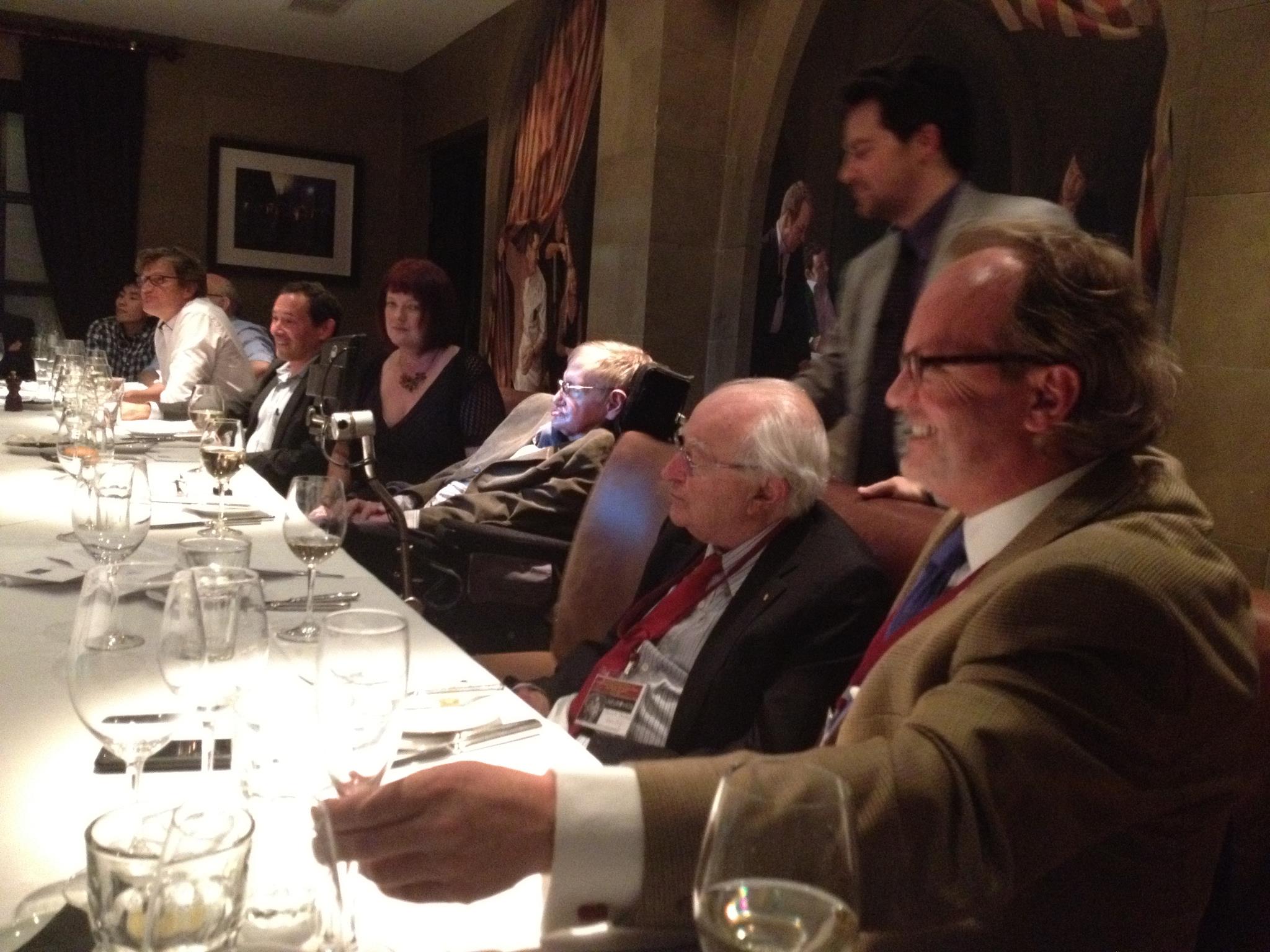 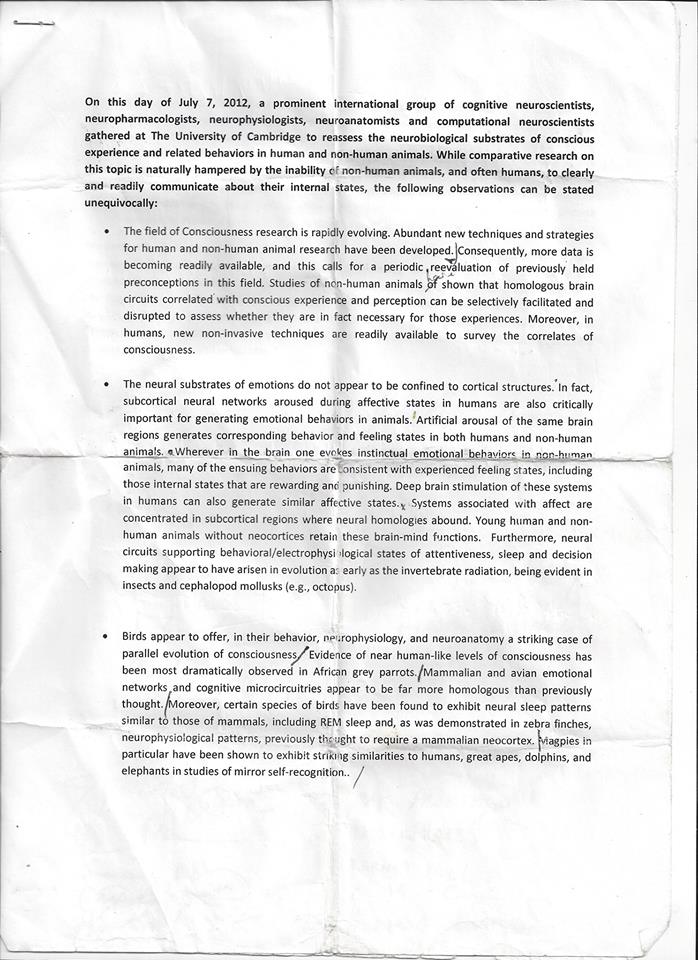 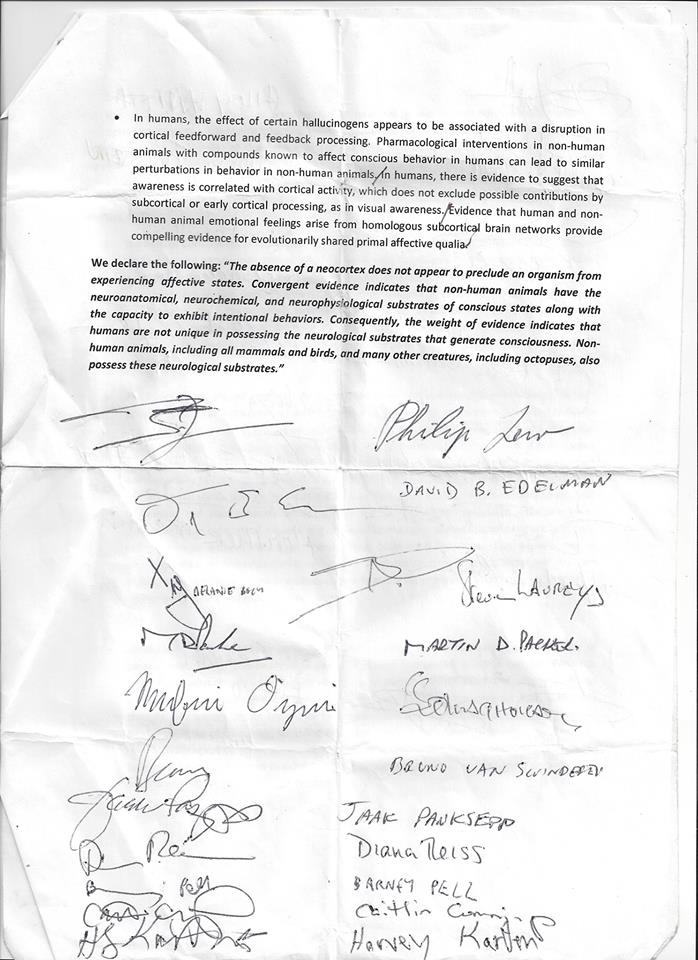 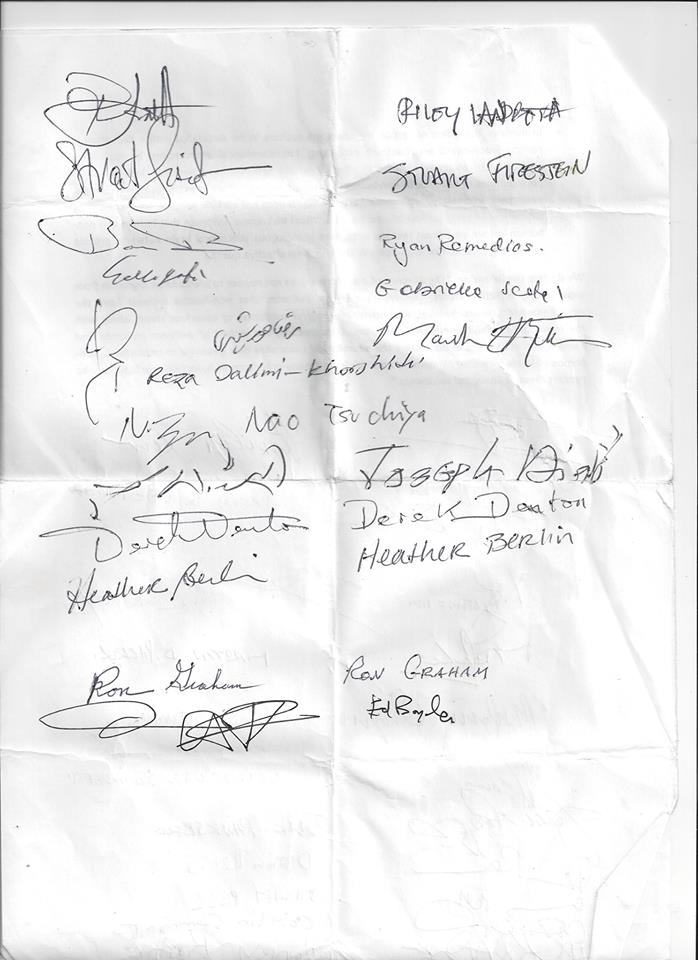 Some changes that have taken place since Dr. Low wrote the Cambridge Declaration:

Thanks to the declaration, more people realize we do not need to wear animals, turn them into furniture, food, trophies or entertainment.  It is time for people to understand there is a more advanced way for Biotech than to rely on non-human animals.